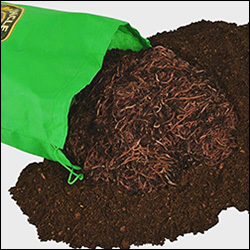 Red worms love to eat. Composting enthusiasts sometimes wonder how red worms eat. These simple creatures have no teeth. How do composting worms convert kitchen scraps into valuable compost? How do they travel through the soil? What kinds of foods do they like? Does the worm need any help from other creatures to prepare the food? Uncle Jim explains how Red Worms eat, and how to prepare kitchen scraps that are easy to digest.

Types of Foods for Composting Worms

Did you know that worms have no teeth? Worms will eat the food faster if you cut it up. The smaller, the better. Use a knife, chopper, or food processor. This is not essential, but it speeds things up. More surface area and smaller pieces will break down faster.

Little critters will also help prepare the food. They are called “pre-digesters,” and they occur naturally in the compost bin. Bacteria, mold, and fungi start breaking down the organic matter. Springtails, sow bugs, grubs, and mites might show up to help. Without pre-digesters, the worms would go hungry. These tiny helpers pre-process the food and make the organic matter small enough for the worms to eat.

Composting with worms is called “vermicomposting.” In the composting bin, worms live in bedding, such as coconut coir, shredded brown corrugated cardboard, and pure peat moss. Red worms move through their bedding by eating it. The tunnels are eaten away holes. They dig away until they find food. Tiny sensory cells in their mouths alert the worms when they have found the more nutritious scraps.

When food enters the mouth, the pharynx acts as a suction pump to pull the food into the digestive tract. It travels through the esophagus, into the crop.

The food enters the gizzard, where it is ground up using sandy particles. You may recall that birds need “grit” for proper digestion. So do worms. They get grit from the soil.

To add grit, you can put eggshells to the composter. Rinse and dry, then crush with a mortar and pestle, or a food processor. This hard calcium-based material is excellent “grit” to aid digestion. The calcium also helps balance the acidity in the worm bin.

After the food has been crushed in the gizzard, it travels to the intestine. The intestine takes up most of the length of the worm. This is where nutrients are absorbed.

At the end of the worm is the anus. Dark, earthy material called “worm castings” are excreted. Worm castings are alive with soil-friendly bacteria and valuable nutrients. Additionally, their shape allows for increased circulation of air and water — this is called “porosity.” Adding worm castings to soil increases its porosity and nutrient content. Plants grow stronger in soil like this.

Gardeners love applying worm castings to their plants because they see results. Worm castings have earned the title “Black Gold.” Castings can be dug into the soil, sprinkled on, sprayed on as Worm Tea, or used as a side dressing. They are excellent for starts. Golf course managers and other turf managers appreciate that worm castings are non-toxic and simple to apply. Worm castings are 100% organic and cheap to produce.

At Uncle Jim’s Worm Farm, we specifically chose to breed Red Worms as our primary composting worm. They have an excellent appetite, eating as much as their own weight in scraps per day. We recommend you follow these guidelines to avoid over-feeding. The result of worm digestion is valuable worm castings for your garden and indoor plants.

We also offer Super Reds, otherwise known as European Night Crawlers. These larger worms are ideal for fishing; they can also be used for composting. If you are a fishing enthusiast, you will always have a fresh supply of worms if you compost with Super Reds. You can release Super Reds into the garden or lawn for aeration and in-situ fertilizing.

Note: Mealworms are not technically worms. They are the larvae stage of the Darkling Beetle, and they can even eat plastic! Uncle Jim’s produces mealworms for pet food, feeding wild birds, science projects, and other purposes.

13 comments on “How Do Red Worms Eat and Make Compost?”