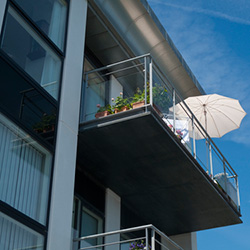 Turning kitchen scraps into valuable fertilizer might sound unrealistic to a household in the city. Aren’t composters usually on a large piece of land? No! Vermiculture means using worms to break down food scraps. Their stealth and speed mean you can compost right in your kitchen, balcony or rooftop! Small-scale vermiculture is one way that an urban dweller can help save the environment. It also creates excellent fertilizer for plants, and it’s a fun project.

The problem with tossing kitchen scraps in the trash is that mixed garbage stinks! It attracts pests and takes energy to get moved out of the city. Once it has been hauled away, that trash either goes to a landfill or an incinerator. Neither is good for the environment. Landfills waste space and generate methane, a greenhouse gas. Incinerators pollute the air and produce toxic ash.

How can you be part of the solution? Bypass the trash collector and compost your kitchen scraps! Potato peelings, apple cores, and left-over cooked rice can all go into the compost bin. Composting is nature’s way to manage trash.

Most apartment dwellers will want to buy a tray-based composting system. Each tray stacks on top of another. The trays have holes in them so the worms can climb up and down. A spigot at the bottom can be opened let any excess moisture drain out. Feed the worms it the top tray, so they have to move up to get the new food. This means that as the trays fill up, the bottom trays can be easily harvested – they won’t have many worms in them.

Other indoor composting options are a Worm Kit and making your own composter from a tote.

Regular composting indoors takes too long. The scraps take months to break down when only bacteria and fungi are doing the work. This leads to odors and flies.

Vermiculture is much faster because the worms do the heavy lifting. They gobble up the food and poop a wonderful fertilizer called “humus.” This substance, also called “black gold,” can be later harvested and used as a fertilizer. A well-maintained indoor worm bin has a mild, earthy smell. There are many ways to control odors, including:

Worms make holes in the bedding, providing aeration. Low-odor composting has plenty of air to keep the aerobic bacteria working. This is a huge advantage to using worms versus regular composting. No need to turn the compost frequently to get air in there. The worms do most of the work.

When the black gold is ready, find simple instructions for harvesting worm castings on our website.

Some apartment owners don’t have plants to put the worm castings on. That’s OK. Ask around. Maybe your neighbors need fertilizer for their plants. Bring some to work and hand it out. How about starting a rooftop community garden? Maybe there is a nearby empty lot you could get permission to use. You might discover you and your neighbors have green thumbs. A few dollars’ worth of seeds could result in hundreds of dollars’ worth of fresh produce. Kids love to find out where their food come from. Community gardens can also provide food and vocation to homeless and low-income people in your city. You will have lots of trimmings and vegetation left over, so set up an outdoor composter to handle this.

One side-benefit of vermiculture is that worms can eat paper food packaging. If you have food packages that are soiled with food, they can’t be recycled. However, so long as they aren’t oily, this paper can be torn up and put into the worm bin. Shredded office paper or newspaper can be mixed in once in a while to reduce moisture.

City dwellers can enjoy all the benefits of composting, just by using worms. Breaking down garbage into valuable compost can be done a small space. Uncle Jim’s Worm Farm has everything to get you started, from indoor composters to live Red Worms, the champion composting worm.

6 comments on “Vermiculture in the City: Small-Scale Composting”