Earth Day, observed on April 22, is a great time to take action to help our environment. One single action—composting—can benefit the environment in multiple ways. 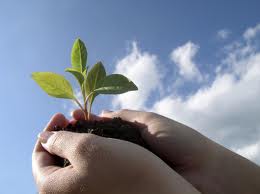 In order to grow abundant fruits, vegetables and flowers, your garden needs soil that is healthy enough to support those plants.

Soil isn’t just “dirt.”  It is composed of minerals and contains water and air. Another important ingredient is organic matter such as compost.

Adding compost to soil improves the soil structure. That benefits the living things in the soil, including earthworms and insects, as well as microbes such as mycorrhizae, a beneficial fungus that plants need in order to grow well.

Compost can improve the physical characteristics of the soil, which helps the soil retain water.

A large cause of water pollution is stormwater runoff—rain and snowmelt that does not soak into the ground. The runoff flows over land or impervious surfaces, such as paved streets, parking lots and building rooftops. Runoff can pick up and deposit harmful pollutants such as trash, chemicals, dirt and sediment into streams and lakes, according to the Environmental Protection Agency.

Adding compost to your soil helps reduce stormwater runoff because compost can hold five times its weight in water, according to the Institute for Local Self-Reliance. Compost also serves as a filter and a sponge. It degrades pollutants, improving water quality.

Keep food scraps out of landfills

Landfills can pollute the surrounding soil, air and water.

About 146.1 million tons of waste were sent by towns and cities to landfills in 2018, according to the EPA. Almost a quarter of that amount was food.

When you compost food scraps, you keep that material out of landfills and don’t contribute to these problems.

Too much carbon in the atmosphere is a problem because of its effect on climate change.

There are several tactics we can take. One is to pull carbon dioxide out of the atmosphere by planting trees. Another is to avoid putting more carbon into the atmosphere by walking to the store instead of driving.

A different strategy is to sequester carbon; that is, capture and store carbon dioxide from the atmosphere. Compost is proving to be an effective way to sequester carbon, storing carbon in the soil instead of releasing it to the air.

See our past articles on composting here. 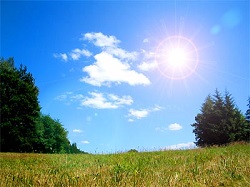 2 comments on “On Earth Day, Help Environment by Composting”