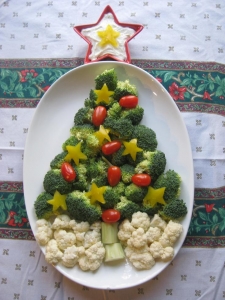 People all over the globe will be celebrating Christmas soon, which means that friends and families will be getting together for a delicious Christmas feast. Anyone who raises worms for the purpose of composting knows that holiday feasts give you a lot of leftover food scraps for your worms!

Typically, fruits and vegetables tend to make their way into holiday feasts, which is perfect since worms love organic food scraps. As long as you’re not feeding them the really citrusy fruits like lemons and limes, your worms will devour them right up. Banana peels, pineapple and melon rinds, cabbage and avocado peels are some of the more typical kind of organic food waste that these red wigglers really rave over.
What kind of organic food scraps are unique to Christmas and New Years?

Christmas and New Year’s bring with it a multitude of traditions and “rituals” so to speak that involve food. Many cultures across the globe make it a point to eat specific meats, fruits and vegetables because they are believed to bring them good fortune for the upcoming year!
While our red wigglers don’t like meat, or anything fatty and greasy for that matter, they do like many of the other traditional foods. We’ve listed some of them below so that you can keep an eye out for your worms.

Eating cabbage, kale or collard greens have all traditionally been associated with good fortune because they’re green like money. In Germany, sauerkraut is a traditional Christmas food for this very reason.

In countries like Spain, Portugal, Mexico and other central American countries, eating 12 grapes at the stroke of midnight is customary – one grape for each month of the year. They say that if the grape is sweet, then that month will be one of good fortune.

Food that resembles coins are thought of to bring good fortune to the coming year, and that’s why black-eyed peas are so popular around Christmas and New Year’s. In the Southern U.S. states, black-eyed peas (aka cow peas) are very popular and served in a dish called Hopping John which consists of ham, rice and collard greens.

Squash is a popular vegetable during the Autumn because that’s when they are in season. When preparing squash, you create quite a few scraps and your worms will absolutely love it. A feast for you usually means a feast for your red wigglers!

Christmas is a time for lots of desserts, and most dessert recipes call for at least one egg. Those egg shells can be crushed up and given to your worms to eat. It might be hard to imagine egg shells being turned into valuable compost, but that’s the magic of vermicomposting! Another highly popular Christmas food is egg nog. Have you ever made your own? It’s a lot of fun and you’ll end up with a lot of egg shells to discard to your hungry red wigglers.
Uncle Jim’s Worm Farm wishes you all a worm (warm) and joyous holiday season and a happy New Year!
Image courtesy of www.ifood.tv