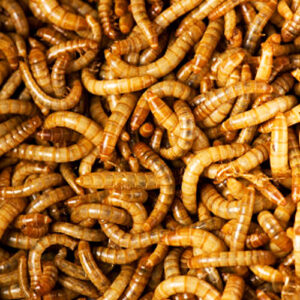 What many of us in Canada and the U.S. think as inedible is actually part of daily life in other countries around the world. One of those “delicacies” is the worm. It’s called Entomophagy!

Can You Really Eat Worms?

As a company that specializes in vermiculture, we often get asked, “Can you eat worms”? The short answer is yes. These squiggly creatures can be eaten raw or cooked, especially for small children who are invariably drawn to earthworms. Not sure why, that’s just the way it is! While eating worms has its nutritional merits, there are some cautionary measures to consider.
For instance. Wild worms can carry parasites and germs that can be harmful. It comes down to the soil conditions they are living in and the environment. Worms that are farm raised for eating are fed pest-free food that helps keeps them clean and parasite-free. This is why buying worms from a reputable dealer is preferable to going out and hunting your own worms.
Some thrill-seeking, edible food junkies like Food For Louis and Bear Grylls test the far-reaching limits of foods considered edible (and sometimes inedible foods) and they seem to be perfectly healthy and happy people. Truth be told, humans are capable of a much larger diet than we are accustomed to and it would probably do us a bit of good to branch out every once in a while and try new things, with discretion of course. Worms may or may not be on that list, and honestly, it may not be for everyone. Same with olives. Same with anchovies.
If you do want to explore your adventurous side and try worms, make sure you do your research beforehand so that you know exactly what kind of worm you are eating. Avoid picking up worms outside and eating them, simply because you never know where it has been or what harmful substances it may be carrying. There’s a proper way to go about preparing worms for consumption. It’s just like any creature in the wild. For what it’s worth, it is recommended by some to soak them in hot water prior to eating them because it draws out unhealthy substances carried by the worms. At least that’s what is customary throughout parts of Asia.

The most commonly eaten worms around the globe include agave worms, sago worms and mealworms. Most people describe these worms as nutty and creamy. One popular way people prepare these worms is by frying them just like you’d fry crickets or locusts. These common worms are eaten all throughout the world.
In fact, the alcoholic beverage Mezcal sometimes has an agave worm in the bottom of the sealed bottle to go along with the drink which is made from the extracts of the agave plant. Just look for the bottle labeled Mezcal Con Gusano and you’ll find a complimentary snack right there nestled on the bottom of the bottle! It’s a bizarre sight for most, but in Mexico, it’s the norm.
So can you eat worms? Definitely, however it’s wise to stick to the common edible worms as they impart some great nutrients and some pretty decent flavors believe it or not. If you were ever in a situation where you were facing starvation, these worms and perhaps the earthworm would be a good source of protein to seek out.
If you have tried worms before either as a “dare”, out of pleasure, or out of necessity, please share your experience with us in the comments below! We’d very much enjoy hearing from you and learning from your experience!
Image courtesy: www.alibaba.com