There are a lot of things to consider, especially when it comes to basic worm bin care. To find out more on how to maintain a worm composter, or to know more about troubleshooting problems with Worm Bin concerns, read on further below.

Start by Harvesting your Worms Castings 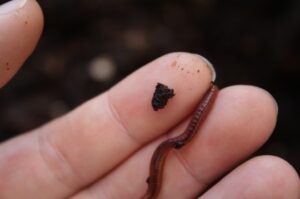 A worm farm and its composting bin upkeep can be made simple but it requires some work as well. You can follow through with the process by harvesting the worm castings inside the bin probably every four months. You’ll know that your worms have left their castings already, as soon as you see topsoil like material on their bedding, or if you see brown material that resembles to coffee grounds.

Composting with red wigglers or european nightcrawlers, and caring for them is still possible during winter. You should know that they can still work even if the temperature falls to 4 degrees Celsius, or 39 degrees Fahrenheit. But don’t let this come to this point though (even at lengthier periods), unless you want your compost pals to freeze to death. So what you can do to avoid this mishap in your worm bin, you must do the following things:

1)    You can wrap your European or red worm bin with a blanket.
2)    You can also put out your worm bin outside when it becomes sunny, to get some heat from the sun.
3)    Store your worm bin in a location where there’s no wind.
4)    Only replenish your worms food supply occasionally with organic wastes that are at room temperature.

There are also concerns that can be solved immediately; and one solution would be is to keep your worms alive by not leaving them with a dry bedding. Your worm bedding will need some moisture, so do keep it as damp but not soaking wet. Don’t keep your bedding too wet either as this might cause the worms to drown; and to also cause the bin contents to get spoiled (can later on cause odor build-up as well). You wouldn’t want your composting worms climb to top of the bin when these things happen. So it’s advisable for a worm bin to have a spigot or tap that can help drain and collect the liquid inside it.

Worms need air as well, so make sure that your ventilation holes are free from bedding materials. Also refrain from putting in too much organic wastes that are citrus-based, so that the acid level in the bin won’t burn the worms skin. To avoid this, the aeration process can help in reducing the presence of acid. This will then help increase the ph in the worm bin.

So when it comes to basic worm bin care, also check for the temperature. Check if the temperature is good or not. We all know that extremes are not always that good; and you definitely wouldn’t want to cook your worms, or turn them into ice after after some time! 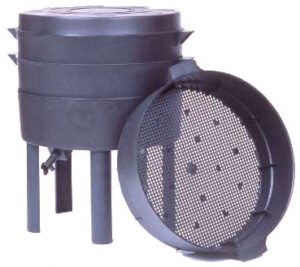 Practice basic worm bin care on our compact and odorless Can-O-Worms! Each of our Can-O-Worms contains a collector tray, five push-fit legs, a plastic drainage tap, and more. Purchase from us today and experience worm composting at its best.

To know more about the product, check the Can-O-Worms here.