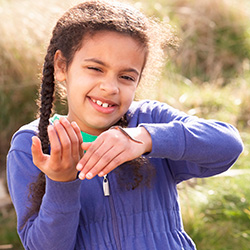 Does it make sense to buy worms and release them into your garden or lawn? When you buy something, you usually keep it. However, European Night Crawlers are a type of worm that stays where the food is. Like free farmhands, these worms will hang around your property and improve the soil. Good soil leads to nutritious vegetables and fruits, blooming flowers, and green lawns. How does a lowly earthworm improve the soil? Why buy worms when wild worms live in the soil? How is releasing worms different from composting in a bin? And how can you encourage the worms to stick around?

How Worms Improve the Soil

Worms have been digging into the earth for more than 500 million years. Humans are just 200,000 years old, and we started farming a mere 50,000 years ago. This entire time, earthworms have been breaking down waste organic matter, aerating and fertilizing the soil. They help create soil itself.

When vegetation dies, its nutrients are locked in. The waste organic matter needs to be broken down into usable components such as nitrogen, calcium, phosphorus, etc. Otherwise, new plants could not reuse these nutrients. Microorganisms and fungi get to work, causing the waste vegetation to begin breaking down. Worms then eat the material. In a worm’s gut, the food is digested and mineralized. Valuable soil-friendly bacteria from the worm’s gut hitch a ride. The worms excrete “castings” (worm poop). These castings are a perfect fertilizer for living plants.

Plant roots also need water and air. The worms eat the dirt, digging tunnels. Like tiny plows, earthworms turn the soil and reduce compaction. Digging tunnels aerates the soil — allowing air and water into the ground. Good growing soil has large pores as airspace, and small holes for holding water. Soil that holds water properly give the plants enough moisture, but releases excess moisture. Worm castings are resistant to degradation. They tend to keep their shape, thus contributing to soil aeration. Worms castings appear on top of the soil and in the soil.

As a bonus, worms leave a thin layer of mucus in their tunnels. This part of the soil has more nutrients than surrounding soil.

Dig up a shovelful of soil, and you will find worms. The United States has about 100 native species of earthworms, and several alien species have also thrived here. The better the soil is for growing, the more worms you will find.

When you begin cultivating a new patch of land, it may contain earth moved from another location. Worms do not appreciate disruption. They may have died or moved on. The soil may have been treated with chemicals that reduced the worm population. In new construction, the builders may have filled in with subsoil and clay, not topsoil. Most new gardens and lawns can benefit from a fresh dose of European Night Crawlers.

Additionally, gardeners and groundskeepers are always looking for a leg up. Even well-established gardens can see improvement from a few sacks of European Night Crawlers (Super Red). Just order Super Reds from Uncle Jim’s Worm Farm. Healthy soil needs 5 to 10 worms per square foot of surface area. For example, 250 worms will handle 25 to 50 square feet. This rule-of-thumb applies to both gardens and lawns.

Before adding worms to the garden, till the soil and dig in some organic matter. For an established lawn, apply organic fertilizer as a top dressing. Try animal manure, kitchen scraps, mulched leaves, or grass clippings from a chemical-free lawn. This yummy food will be very tempting for the new worms. They will be so busy eating, they will forget about the idea of wiggling away.

To add worms, place them on top of the soil on a dry day and they will dig down. Once they are comfortable, they will reproduce. If conditions remain right, they and their descendants will aerate and fertilize your garden for years to come.

European Night Crawlers are ideal for releasing into the soil. They process organic waste back into elements that feed plants. They also break up the soil, providing air and water. They are excellent fishing worms. And they can be confined to a composting bin to make concentrated organic fertilizer. You can order them online at Uncle Jim’s Worm Farm.

Note: Their smaller cousins called “Red Worms” are better for composting in a bin.

9 comments on “Why Add European Night Crawlers to Your Garden and Lawn? Worm Power!”