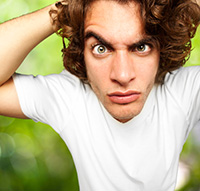 Worms are pretty amazing creatures. They have interesting characteristics that make them one of the world’s most unique creatures. It’s no wonder Charles Darwin spent 39 years studying them over 100 years ago! He actually described earthworms as the “intestines of the earth”! Today they’re regarded as nature’s garbage disposals. They’re obviously important to the ecosystem and play a crucial role in soil quality and plant vitality.

Uncle Jim’s Worm Farm would like to share some of these interesting facts about worms in a fun way. To do this, we’re going to ask ourselves, “What if worms were actually human”?

If Worms Were Human…

Aren’t you glad we don’t share the same characteristics as our little squiggly friends? What a world it would be.
Happy composting! Image courtesy of www.xmascotcostume.com
Sources: