Blog / How to Screen Compost – Separate Fertilizer from Worms, Sticks, and Debris 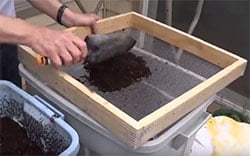 In this article and video, Uncle Jim’s Worm Farm gives you step-by-step instructions for screening compost. Screening compost is a common way of improving the quality of finished compost. After kitchen scraps and gardening waste has been broken down over several months, it’s almost ready to be applied to the garden. Running it through a screen has many benefits:

The finer the compost, the better. Good growing soil is loose and fluffy, with plenty of air in it. Compost will work without screening, but the quality won’t be as good. Also, if you used vermicomposting to make the compost, you will want to save your composting worms!

Our short video shows you how to screen compost. And written instructions are below:

Now you are ready to use your screened compost. Use it to make starts, dig it into the soil, make a side-dressing, or spray on worm tea. If it’s more than you need, set it aside in a sack for a few months, or give it to a neighbor.

Remember, composting with worms speeds up the decomposition process. The resulting worm castings (worm poop) is called “Black Gold” by gardeners because it is rich in nutrients and soil-friendly bacteria. Uncle Jim’s Worm Farm recommends Red Wiggler Composting Worms for composting bins. The larger Super Reds (European Night Crawlers) are OK for composting, but they are typically released directly into the garden or lawn. Either worm can be used as handy live fishing bait. This website has plenty of composting products and articles about composting. We also carry high-quality, live mealworms for pet food, wild bird food, fishing and science projects. We have been breeding worms for over 40 years, and we are the #1 supplier of composting worms and composting supplies in the USA. Learn more. 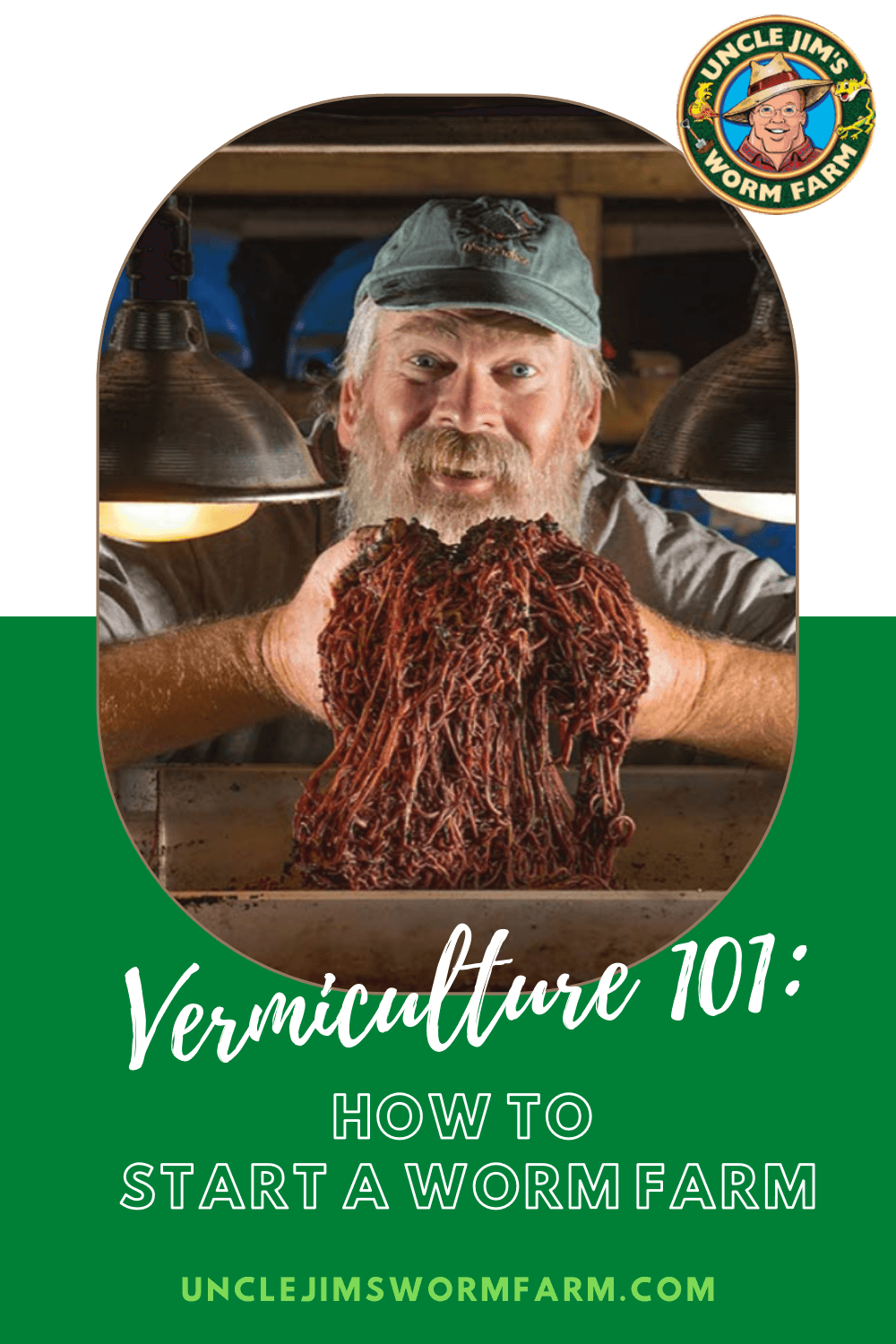 One comment on “How to Screen Compost – Separate Fertilizer from Worms, Sticks, and Debris”