You know those slimy red worms that you use when your composting organic scraps in your yard? Well, they’re scientifically referred to as Eisenia Foetida. Red worms go by this name, and others more like Tiger worms, Manure worms, and Red Wriggler worms. Red Wiggler worms life cycle and stages can differ for each, as factors like a moist environment and overfeeding can either prolong their lifespan or not. To learn more about this worm species, you can read further below.

Red Wiggler worms start out as cocoons (contains about 4 to 6 baby worms only), and begin with the Egg stage. When adult worms give birth or deliver worm eggs, their eggs will typically be in a grape seed-like size. So you can imagine how tiny it can be. But aside from that, these eggs will usually go through an incubation process of 23 days (more or less); and will then change its egg case color from golden yellow to maroon-like. These will then start to probably hatch after 3 to 4 weeks.

Now after the egg stage, comes the Juvenile (young) stage. Baby worms at this point (after hatching out of their eggs) will start out with no reproductive organs but will be able to develop it after some time. They will also be just about half an inch in length size, and can be no thicker than four human hairs combined. Although they can start eating heavy already, they can be immediately used for vermicomposting. To learn more about this composting process, you may read about this from one of our previous posts on Composting 101: Worm bins composting.

You may well expect that an earthworm lifecycle goes in this sequence, so you can surely anticipate a few more stages to this. So, the next stage after Juvenile is the Mature (takes 40 to 60 day for a young red worm to reach adulthood) stage. Now, this is the stage when the baby red worms start to fully develop their reproductive organs. At this point, they can now start procreating; and you’ll know they’re fit to mate when you see their reproductive organs (also known as clitellums) have already changed into an orange color.

These worm composting worms also go through one last stage, and that’s the Mating stage (the reproduction stage). Eventhough they are born hermaphrodites, red wrigglers still need another worm (should still be the same type of worm) to be able to mate. It is through warmer temperatures (an acceptable warm temperature) that they’re all energized about trying to find a mate to reproduce with. So after mating, they will then separate from each other, and will then start secreting the eggs that they’ve produced.

Red Wiggler worms life cycle and stages start as eggs, and ends after death. So their life span may go as long as 4 to 5 years. But this may also depend on a few more other factors such as using them for fish bait, or containing them in very unfavorable surroundings. 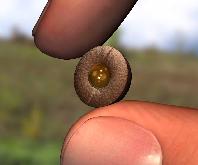 Our Vermipods (an earthworm cocoon encased in a nutrient rich clay), will provide your lawn or garden a more greener and luscious look. And not only that, each Vermipod contains as much as twenty eggs, so you’ll truly get your money’s worth by purchasing these from us. You can spread this easily and evenly on your lawn, just like how you do it with grass seeds. Buy yours now!

To know more about the product, check the Vermipods – free shipping here.