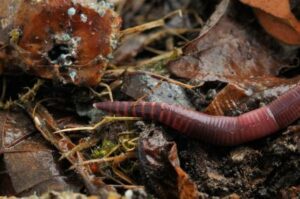 You’ve heard about red wiggler worms in your compost research, but is there really a difference between this large, red-colored worm variety and the typical garden worm you may find as you turn over your garden soil? Wouldn’t is just be easy to dig up those worms and use them in your bin to make compost?

Short answer – no. Composting, while it relies on your worms eating and secreting, is hard work even for worms. Here’s why you need to rely on red wiggler worms to get the most out of your worm composting this year:

Now, take a look at the red wiggler (graphic at top of article). Big, thick, muscular. Built for hard labor, you might say. Their physical attributes also allow them to hunker down in your worm compost bin during the colder months and make it to the next spring, ready to work.

Ready to begin your worm composting with our Red Composting Worm Mix?

4 comments on “Benefits of Red Wiggler Worms for Composting”