Most gardeners use one of two kinds of composting: cold composting or vermicomposting. But there’s no reason you can’t combine the two. What we call “hybrid composting” can increase the amount of compost you produce and speed up the process, too.

Vermicomposting uses worms to break down plant matter and food scraps quickly. You can get finished compost in just a few months.

Cold composting is usually done outside with a compost bin or compost pile. The system relies mainly on microorganisms to break down plant matter and food scraps. Cold composting can take six months to a year to produce usable compost. 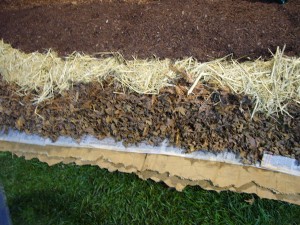 More room to create compost. Vermicomposters are small, so you are limited in the amount of material you can compost. If you have large bags of autumn leaves that you want to compost, you’ll need to turn to cold composting in an outdoor bin. An outdoor compost bin will also provide more room for kitchen scraps such as carrot peels and coffee grounds. Note: Don’t use spinner composters with worms.

Speed up the process. Instead of relying on just microbes to break down the plant matter, the worms will be doing their part, too, by eating food scraps and yard waste.

How to start hybrid composting 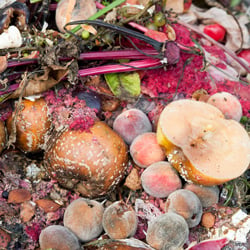 as potato peels, apple cores and pumpkin shells. (A whole pumpkin shell will break down eventually, but cutting it up into smaller pieces will speed up the process.)

After that, create a layer of beddi 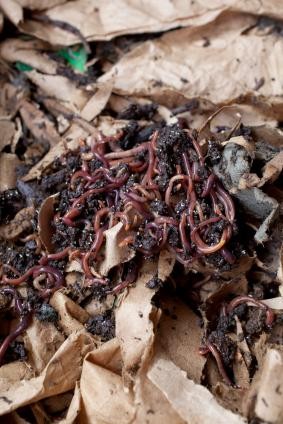 ng for the worms; worms like a mixture of different types of bedding. These materials include fully mature compost, coconut coir, peat moss, and shredded, unbleached paper and newspaper. Place food material, such as peels and coffee grounds, in that layer, too.

Place your worms on top. For this project, the 250 Red Composting Worm Mix is ideal because the various species of worms work all the layers, not just the top few inches. That creates better compost—and does it faster.

The worms will wor

k their way down into the lower layers. Occasionally check the bottom of your bin to see if you have worms there. If so, scoop them up and set them on the top layer of the bin, putting them back to work to munch through the newer layers of food and yard material.

During the winter, worms will burrow to the center of the compost bin to stay warm. They will go dormant. Many of the worms may die, but if you had a healthy bin during the warmer months, you should have worm eggs, which survive the winter and hatch in spring. If you don’t have enough worms, you can order more.