Do you have or know a child that has an interest in worms or gardening?! Then we have the perfect kit for you! Taking care of your own compost system is very easy to do, so much so that even your kids can have a part in it. And better yet, have one of their VERY own!  Let’s face it, kids love to get dirty, and most of them seem to have an inherent fascination for creepy, crawly things such as worms. So why not let your kids have and enjoy their own Uncle Jim’s made vermicomposting system as well?

You do not have to give a lengthy vermicomposting lecture. Kids learn a lot from doing. When setting up a bin, read through the instructions with them. Depending on their maturity, they might be able to set up the worm bin with a little guidance from you. Younger children will need more help.

Talk about who is responsible for feeding the worms. What could happen if they are not fed properly? Why do you have to bury the food?

While kids might see puppies or kittens as cute, they are less likely to find worms attractive. Some will take to the “gross” worms immediately. But some children may be afraid the first time they hold a worm.

But through this real-life experience, they come to understand that the worm will not hurt them–and they should not hurt the worm. Show your children how to handle the worms gently. They will begin to learn respect for other living creatures.

For young children, the lesson may be as simple as understanding the concept of eating. Humans and worms both need to eat food.

Older kids are fascinated to learn that the way worms eat is very different from the way we eat. Worms have mouths, but they have no teeth. They rely on microorganisms in the soil to soften the food before they eat it. Then the worms’ muscular gizzards grind the food with sand or other particles that they also ingested.

Move on to the excretion of waste products, which are also known as worm castings or poop. Poop! Now you have their attention! Help them identify the worm castings. The dark “dirt” that look similar to coffee grounds contain valuable nutrients and soil-friendly bacteria.

Habitat and the Larger Environment

Worms have their own ideal habitat. The worm bin is a re-creation of their natural habitat. The difference is that they cannot escape. Also, they are dependent on us for their well-being. Help your children understand why the worms’ habitat needs the right moisture, drainage, temperature, and food.

You can work in lessons about the larger environment, too. Instead of sending our food scraps to a landfill, we use them for compost. The worms eat those peels and cores. They produce great compost for our garden. We grow plants that feed us. We cannot eat peels and cores, but we can give them to worms. The cycle of life repeats. 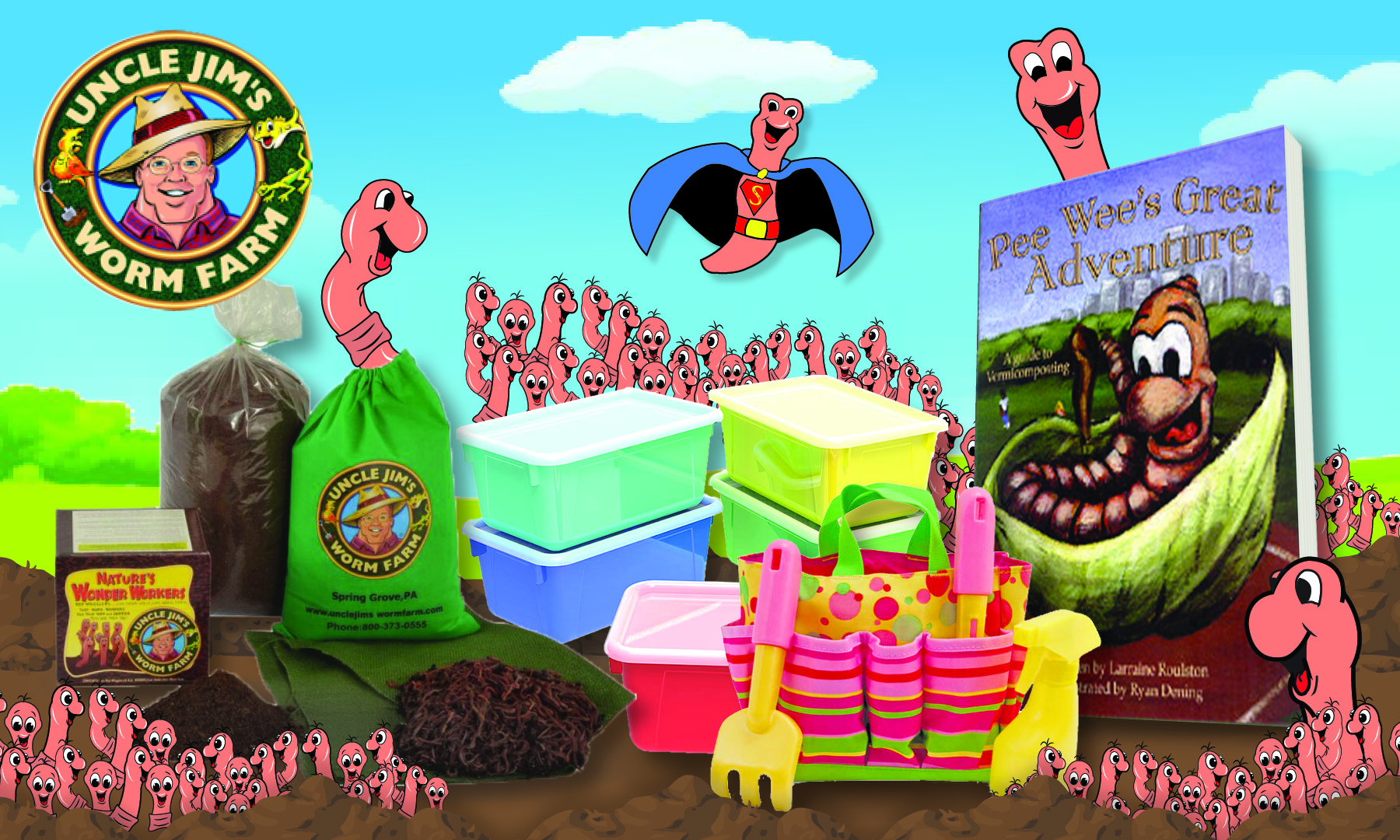