This trap catches the Japanese beetle, a destructive garden pest which infests and destroys over 300 varieties of ornamental plants. The trap uses floral scents proven to be a natural attractant, along with the beetle’s natural sex attractant. The trap uses a scientifically designed method to control the release of these natural floral and sex attractants to lure both male and female beetles to the trap. The convenient plastic cone design prevents the user from having to handle the actual attractants. Once attracted by the pheromone scent, Japanese beetles fly into the large yellow panels of the trap and are stunned on impact. They then fall into the attached bag. Once inside, they cannot fly out of the trap. The trap should be placed at least 30 feet from ornamental plants, to lure beetles away from the area where they are creating damage. Hang the trap by its twist tie hanger from a post or stake four feet above the ground, away from the desired foliage. During heavy rain or wind, the trap should be removed to a protected location. Infestation of the adult Japanese beetles occurs mid-June in the southern part of the United States, and around July 4 in the Northeastern and Upper Midwestern part of the U.S. 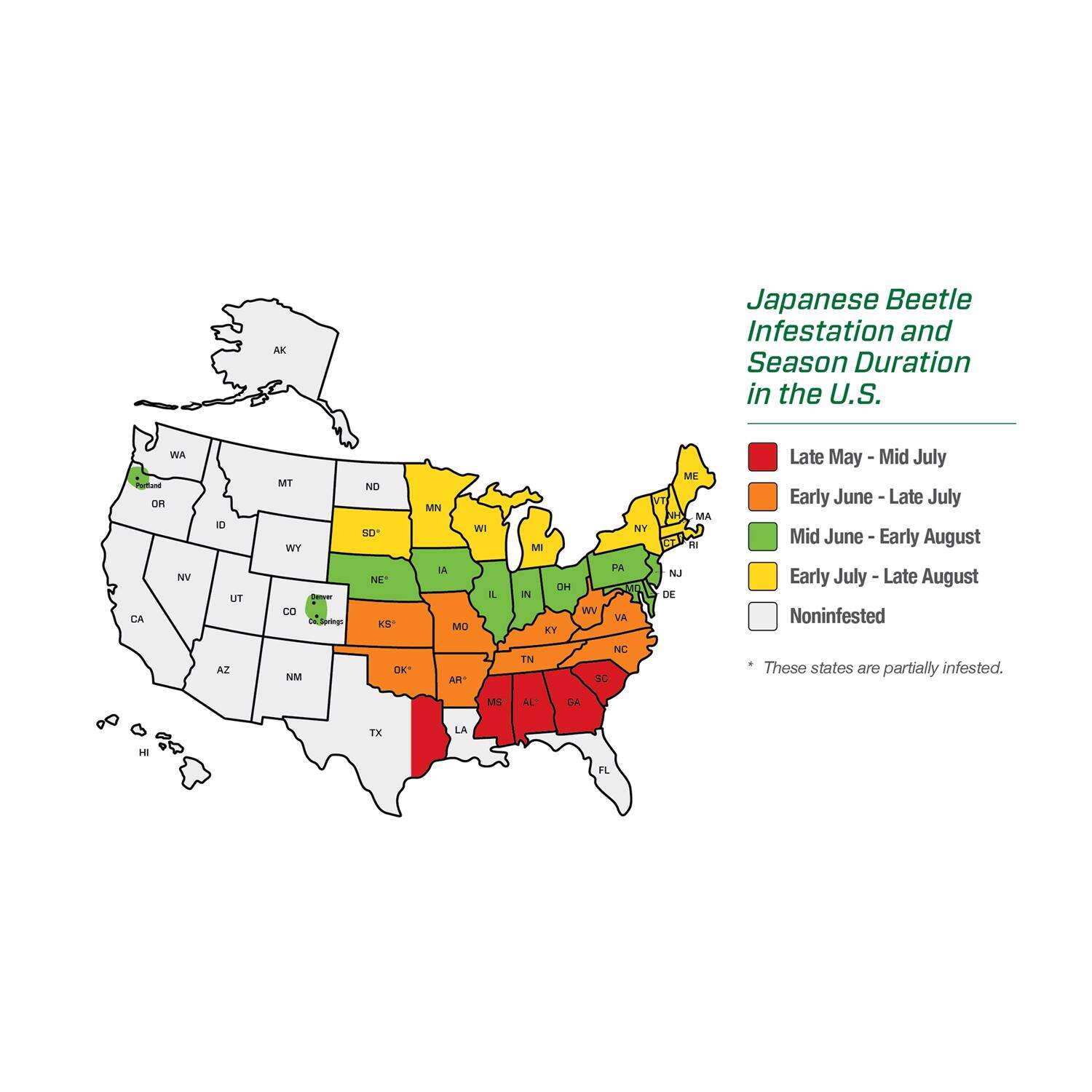